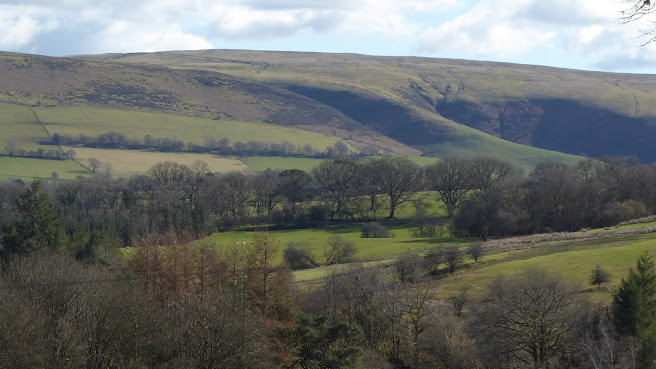 Llanlleonfel Church overlooks quite a bleak area, and Theophilus Jones in a "History of Brecknock" suggests that the name of the church was originally 'Llan Lleon Voel' which translates as 'Church upon the bare moor'.  That makes absolute sense to me. This is another church 'within a landscape', where the sum of the parts is much greater than the building alone.  The nearby  Roman fort at Caerau would have been approached by a branch of the Roman road between Neath and Chester ran nearby, and this road would have been utilised for centuries after the Romans left.   The church stands within a curvilinear churchyard, and it is possible that the earliest site here began because of the Holy Well nearby (although this was not mentioned in Francis Jones' book on the topic.)  It is a Sulphur spring, and even has a name, being called the  Billy Wern spring.  The link will show you a photo. The East end of the church.  In the wider landscape beyond the c
Post a Comment
Read more

Bovey Belle
Enjoying retirement and scenery in rural Powys, now we have finally downsized. I love the countryside, and its social history. I make brilliant cakes and enjoy different crafts. I have hundreds of books, and love to learn more about literary figures, history and archaeology.